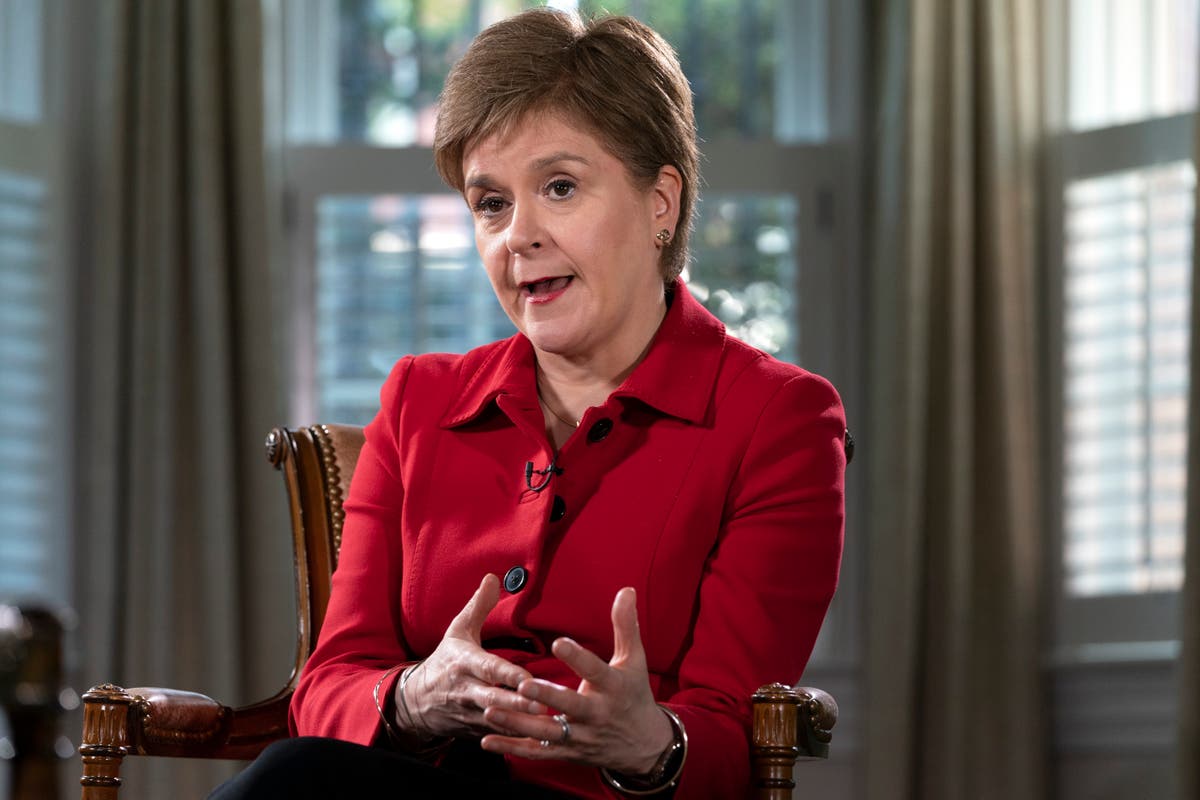 The European crisis wrought by Russia’s war in Ukraine makes Scotland’s independence drive more important and demands that Scotland play its “full part” in ensuring stability and security in Europe as an eventual member of NATO, Scottish leader Nicola Sturgeon said in an interview Tuesday.

Sturgeon, speaking to The Associated Press, also warned that Scotland’s desired move away from its role in climate-damaging North Sea oil and gas production will be challenging even if and when independence gives the Scots more direct say over North Sea wells.

And she said she believed there was “overwhelming support” in Scotland to become a fully independent nation and join NATO.

“Because Scotland’s geographic position, in a key part of the North Atlantic, means that would be essential for our security,” Sturgeon told the AP. “The principal way that Scotland would contribute for the wider security of the region” would be as a possible future NATO member, she said.

Russia‘s invasion of Ukraine has galvanized a reshaping of the security, energy and economic alliances of Europe, and united European democracies more strongly than previously. Finland and Sweden have announced their intention to join the U.S.-European NATO security bloc in light of Russia’s war.

A Scotland that’s independent from the United Kingdom would point to more decisions for NATO over the possibility of more expansion.

Sturgeon, the country’s first minister, spoke on her first trip to the United States since the pandemic lockdown. Her U.S. visit is focusing on what’s been Scotland’s rapid domestic transition to renewable energy and on meetings with members of Congress. Scotland in 2020 generated almost all its electricity from renewables.

Sturgeon said “yes” when asked if her government still plans a new referendum on Scottish independence by next year, after Scottish voters rejected it 55%-45% in 2014. That was her government’s “very firm mandate” from voters, she said.

Sturgeon, whose government hosted last year’s U.N. global climate change conference in Glasgow, on Tuesday emphasized Scotland’s determination to be a leader in moving away from climate-wrecking oil and gas production. But she made no guarantees an independent Scotland would wind down its share of oil and gas production any more quickly than it now plans.

And she rejected arguments from some opponents of Scottish independence that splitting from the United Kingdom would weaken the UK and the overall Western security alliance at a time of crisis on the continent, given Russia’s war in Ukraine.

“With all the challenges,” Sturgeon said, “it’s more important that Scotland plays its full part…in finding the solutions to the challenges the world faces.”

“And independence better equips us to do that,” Sturgeon said.