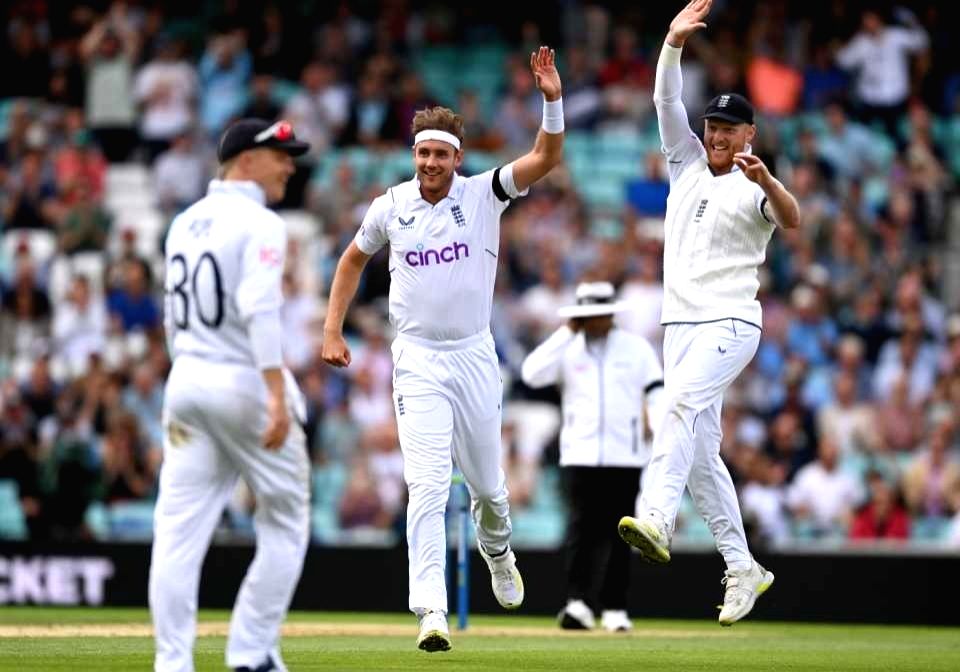 The Oval : , Sep 10 (IANS) England’s veteran bowler Stuart Board has become the joint-second most successful pacer in cricket history after equalling Glenn McGrath during the third Test against South Africa here on Saturday.

Broad claimed 4-41 in 12.2 overs as South Africa were bundled out for 118 in their first innings of the Test on what is the third day of the match as the first day was washed out by rain and the second was abandoned due to the death of Queen Elizabeth II.

But the four wickets on Saturday helped Broad move to 563 wickets in Test cricket, the same as Australian great McGrath.