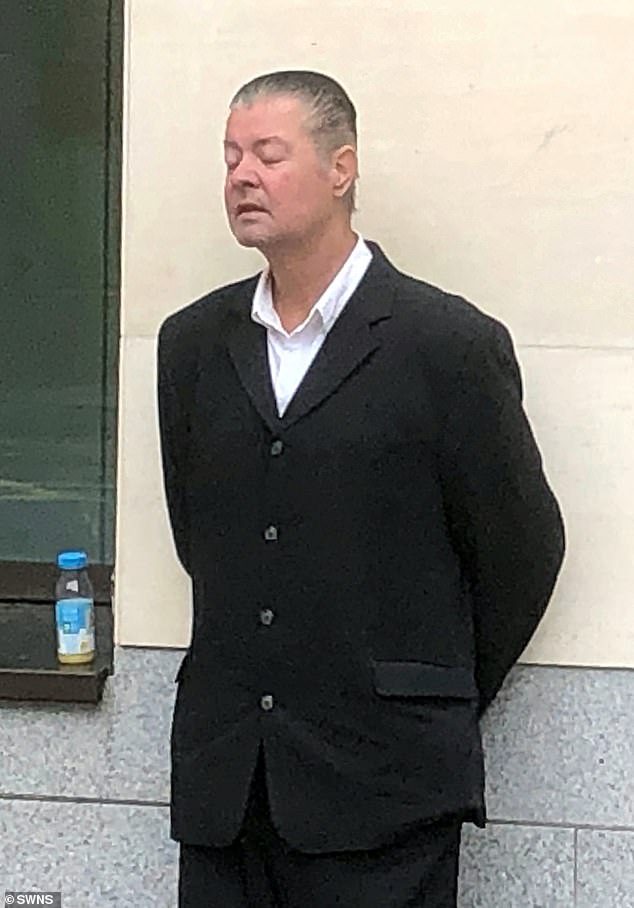 By Elizabeth Haigh For Mailonline

A serving police officer has appeared in court accused of raping and sexually assaulting a young girl on multiple occasions.

The assaults are said to have taken place during a six year period between 2009 and 2015.

The Northamptonshire Police officer did not enter any plea when he appeared in the dock of Westminster Magistrates Court in London yesterday dressed in a black suit and white open shirt.

Supported in the public gallery by his wife and a Police Federation Representative, he spoke only to confirm his name, date of birth, address and to tell a district judge he understood proceedings.

The cop, from Kettering in Northamptonshire, showed little emotion during the hearing, which lasted around five minutes.

Mr Hill was released on bail, with orders not to contact the complainant in the case either directly or indirectly

Prosecutor Jordan Pratt did not outline the facts of the case and did not oppose the officer being bailed on condition that he does not contact his alleged victim directly or indirectly, who cannot be named for legal reasons.

He said: ‘These are incredibly serious allegations.

‘Since this case started as a requisition there are no objections to bail.

‘I would ask for one condition of bail that he does not contact, directly or indirectly, the complainant in this case.’

His lawyer Louise Stephens made few representations other than to deal with administrative matters.

District Judge John Zani told him: ‘I am going to transfer this case to Northampton Crown Court for 9.30am unless you are given a different date, the bail condition being that you don’t contact the complainant directly or indirectly.’

The officer replied: ‘I fully understand. Thank you very much your honour. Thank you to all members of this court today.’

After the case the prosecutor confirmed Mr Hill is a serving Northamptonshire Police officer.

A spokesman for Northamptonshire Police said: ‘We can confirm a police constable has been charged with four non-recent sexual assault offences and has been suspended from work pending the outcome of the case.’

If found guilty he is expected to face misconduct proceedings at a later date.