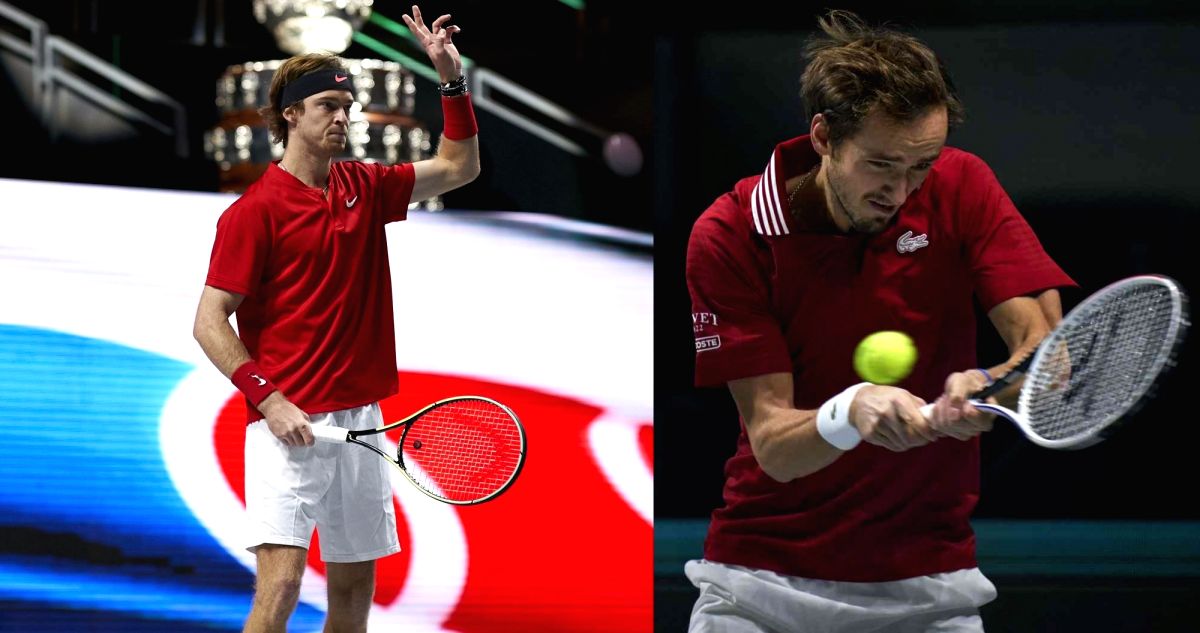 Madrid, Dec 4 : Daniil Medvedev and Andrey Rublev produced dominant performances to guide the Russian Tennis Federation to the final of the Davis Cup with victory against Germany, here on Saturday.

In the first match of the tie, Rublev cruised past Dominik Koepfer 6-4, 6-0 after 49 minutes to give the former champion’s the perfect start.

The World No 5, who has also beaten Roberto Quiroz and Elias Ymer this week, won 84 per cent (27/32) of his first-serve points and fired nine aces to triumph.

Medvedev then sealed victory for the Russian Tennis Federation, overcoming Jan-Lennard Struff 6-4, 6-4 in 66 minutes. The 25-year-old committed just six unforced errors and saved the one breakpoint he faced.

“I am really happy for the team to be in the final. It has been an amazing week,” said Medvedev.

The Russian Tennis Federation will now play Croatia in the final on Sunday.

“It won’t be easy (against Croatia). They have the best doubles team in the world, we need to try to close it out in singles, but we believe in our guys in doubles,” added Medvedev.