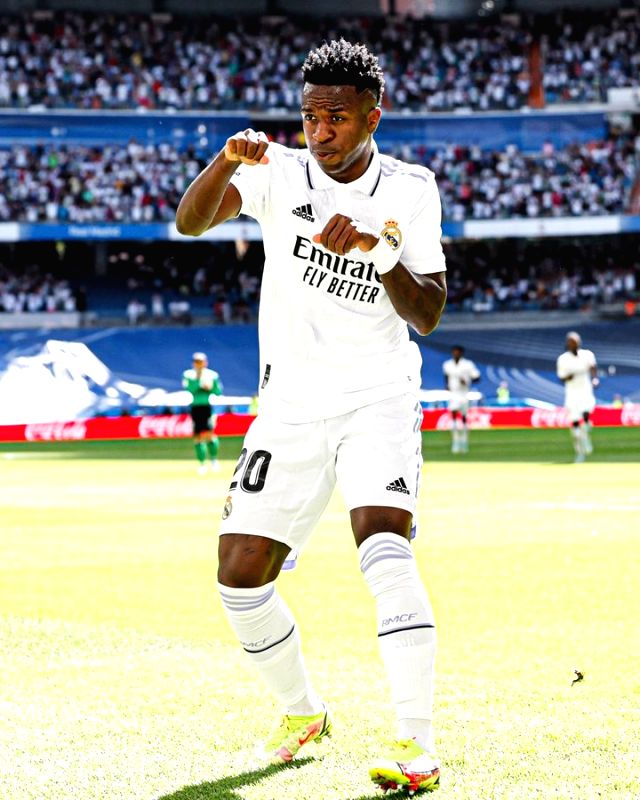 “Real Madrid C. F. announces that our Brazilian player Vinicius Junior swore an oath of allegiance to the Spanish Constitution on Friday, September 2, thereby acquiring Spanish nationality from that moment onwards,” Real Madrid informed in an official announcement on its website on Monday.

Born VinÃ­cius JosÃ© PaixÃ£o de Oliveira JÃºnior and popularly known as Vinicius Jr or Vini Jr, he made his senior international debut on September 10, 2019, as a 72nd-minute substitute in Brazil’s 1-0 defeat to Peru, has become a player of dual-nationality. He has represented Brazil at the Under-17 level.

He was signed by Real Madrid on May 23, 2017, and made his debut on September 29, coming in as an 87th-minute substitute in a goalless draw against AtlÃ©tico Madrid. He had started his football career at Brazilian club Flamengo in 2017.

The Real Madrid team is currently in Glasgow, Scotland, where they will take on Celtic in the Champions League Group Stage opener on Tuesday.

Vinicius Jr taking up Spanish citizenship will help Real Madrid present him as a domestic player and thus employ another foreign star in the lineup.