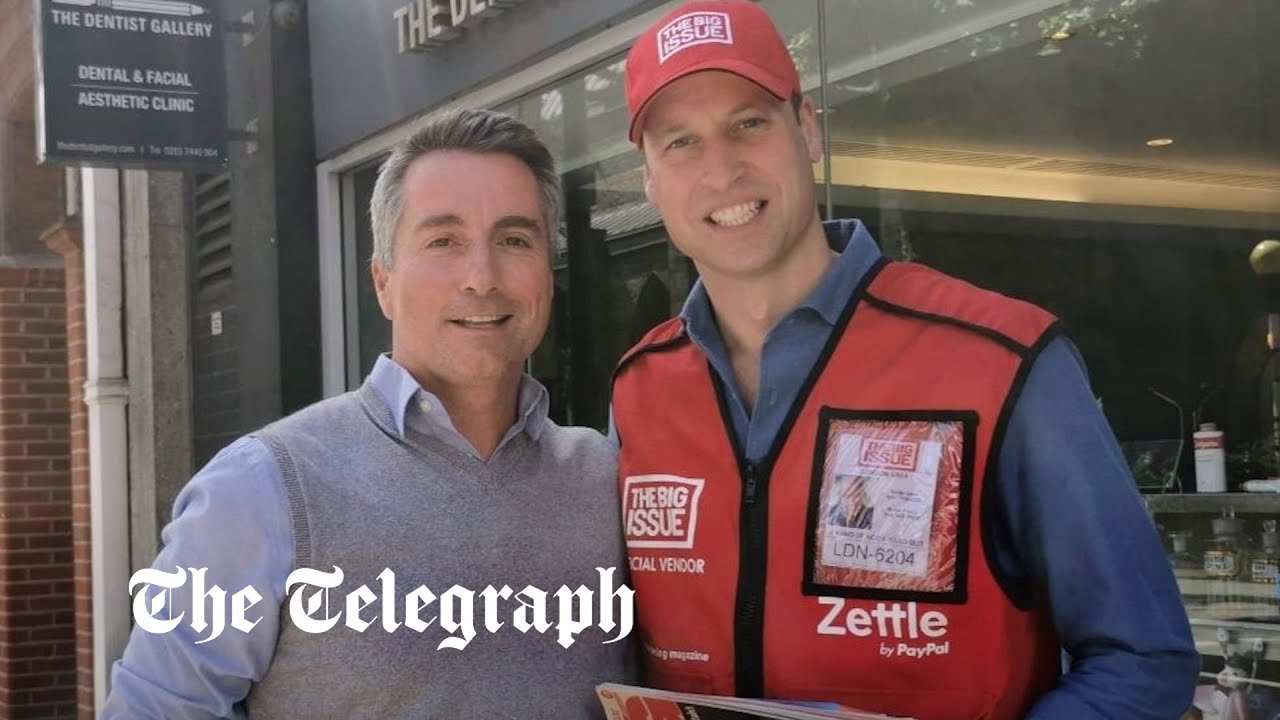 A cashier at the Sainsbury’s opposite where the Duke of Cambridge was stationed said she was “so happy” when she spotted him.

The 47-year-old told The Telegraph that the Prince was selling the Big Issue on the street for “a good 45 minutes”.

“He was dressed in Big Issue seller’s clothes, and there was a crowd around him taking photos,” she said. “At first I didn’t even realise it was him, because a lot of people sell the Big Issue on this street.

“A lot of us didn’t recognise him until someone came inside and said ‘it’s Prince William!'”

She said it was “a shock” to see the Duke, but added: “He’s so down to earth. That’s why people didn’t recognise him at first. He was wearing normal clothes.

“I think when a royal comes down to sell the Big Issue it’s really uplifting to those who sell it. It gives them some confidence to go further.”

Mafalda Fortunto, 32, a receptionist at The Dentist Gallery, said she did not spot the casually-dressed Prince despite him posing for pictures just metres away.

“I saw lots of people standing outside talking in the morning,” she said. “But I didn’t see him. It’s really common for people to gather outside.

“I don’t know how I missed it! I saw the photos of him outside, but not [Prince William].”

Ms Fortunto said she was disappointed to have missed the covertly-stationed Prince when fans gathered around him “just before lunch time”.

One passerby thought he spotted a “celebrity” from a distance and took a photo, before investigating further.