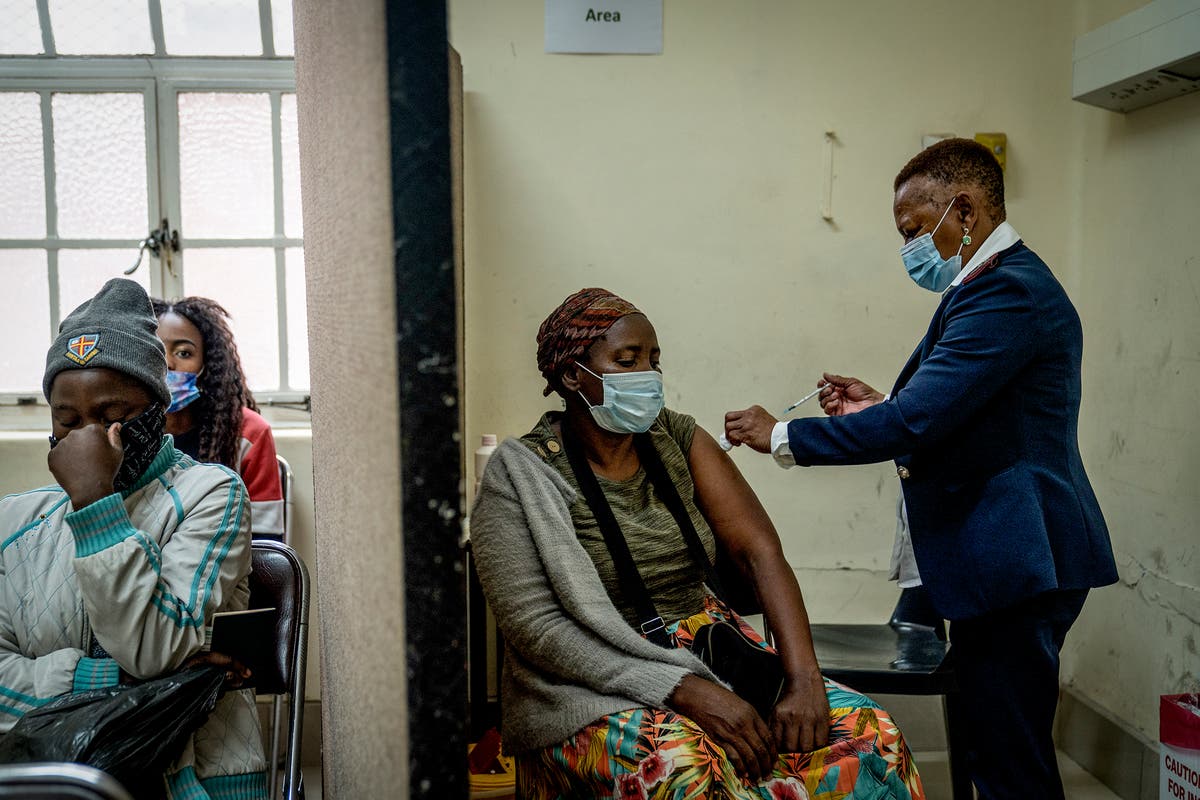 As the omicron coronavirus variant spreads in southern Africa and pops up in countries all around the world, scientists are anxiously watching a battle play out that could determine the future of the pandemic. Can the latest competitor to the world-dominating delta displace it?

Some scientists, poring over data from South Africa and the United Kingdom suggest omicron could emerge the victor.

“It’s still early days, but increasingly, data is starting to trickle in, suggesting that omicron is likely to outcompete delta in many, if not all, places,” said Dr. Jacob Lemieux, who monitors variants for a research collaboration led by Harvard Medical School “Certainly, it’s potentially alarming.”

But others said Monday it’s too soon to know how likely it is that omicron will spread more efficiently than delta, or, if it does, how fast it might take over.

“Especially here in the U.S., where we’re seeing significant surges in delta, whether omicron’s going to replace it I think we’ll know in about two weeks,” said Matthew Binnicker, director of clinical virology at Mayo Clinic in Rochester, Minn.

Many critical questions about omicron remain unanswered, including whether the virus causes milder or more severe illness and how much it might evade immunity from past COVID-19 illness or vaccines.

On the issue of spread, scientists point to what’s happening in South Africa, where omicron was first detected. Omicron’s speed in infecting people and achieving near dominance in South Africa has health experts worried that the country is at the start of a new wave that may come to overwhelm hospitals.

The new variant rapidly moved South Africa from a period of low transmission, averaging less than 200 new cases per day in mid-November, to more than 16,000 per day over the weekend. Omicron accounts for more than 90% of the new cases in Gauteng province, the epicenter of the new wave, according to experts. The new variant is rapidly spreading and achieving dominance in South Africa’s eight other provinces.

“The virus is spreading extraordinarily fast, very rapidly,” said Willem Hanekom, director of the Africa Health Research Institute. “If you look at the slopes of this wave that we’re in at the moment, it’s a much steeper slope than the first three waves that South Africa experienced. This indicates that it’s spreading fast and it may therefore be a very transmissible virus, which is what is being predicted.”

But Hanekom, who is also co-chair the South African COVID-19 Variants Research Consortium, said South Africa had such low numbers of delta cases when omicron emerged, “I don’t think we can say” it out-competed delta.

Scientists say it’s unclear whether omicron will behave the same way in other countries as it has in South Africa. Lemieux said there are already some hints about how it may behave; in places like the United Kingdom, which does a lot of genomic sequencing, he said, “we’re seeing what appears to be a signal of exponential increase of omicron over delta.”

In the United States, as in the rest of the world, “there’s still a lot of uncertainty,” he said. “But when you put the early data together, you start to see a consistent picture emerge: that omicron is already here, and based on what we’ve observed in South Africa, it’s likely to become the dominant strain in the coming weeks and months and will likely cause a surge in case numbers.”

What that could mean for public health remains to be seen. Hanekom said early data from South Africa shows that reinfection rates are much higher with omicron than previous variants, suggesting the virus is escaping immunity somewhat. It also shows the virus seems to be infecting younger people, mostly those who are unvaccinated, and most cases in hospitals have been relatively mild.

But Binnicker said things could play out differently in other parts of the world or in different groups of patients. “It’ll be really interesting to see what happens when more infections potentially occur in older adults or those with underlying health conditions,” he said. “What’s the outcome in those patients?”

As the world waits for answers, scientists suggest people do all they can to protect themselves.

“We want to make sure that people have as much immunity from vaccination as possible. So if people are not vaccinated they should get vaccinated,” Lemieux said. “ If people are eligible for boosters, they should get boosters, and then do all the other things that we know are effective for reducing transmission — masking and social distancing and avoiding large indoor gatherings, particularly without masks.”

The Associated Press Health and Science Department receives support from the Howard Hughes Medical Institute’s Department of Science Education. The AP is solely responsible for all content.