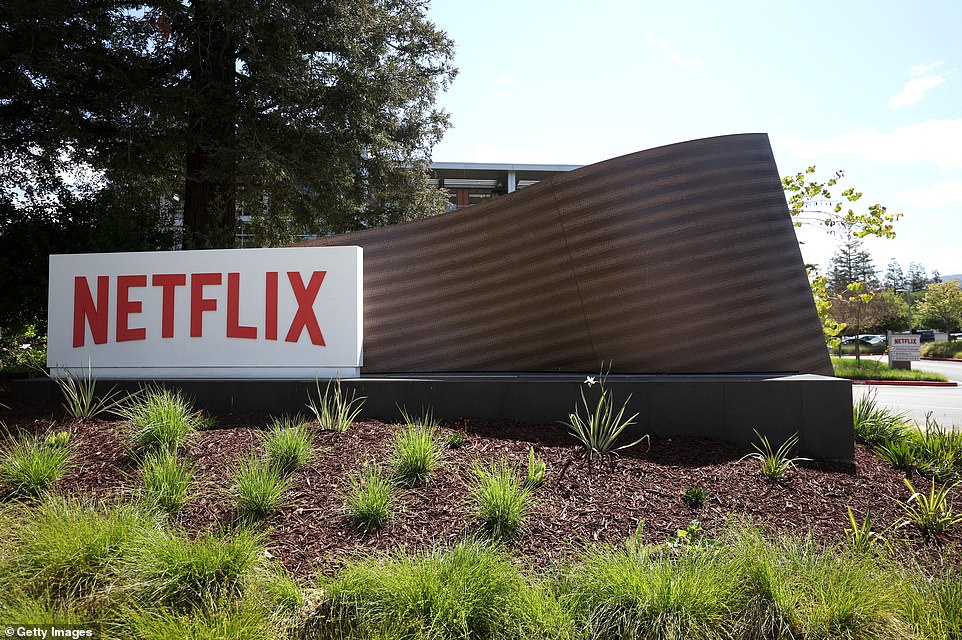 Netflix‘s layoffs earlier this week, which saw 150 employees go, had targeted many ‘social justice warriors’ who were working on projects about anti-racism and marginalized communities in an apparent purge of ‘wokeness’ from the company.

The struggling streaming service has pulled the plug on several projects that were aimed at discussing race to a young audience, Variety reported, and axed the diverse employees working on and promoting them.

In a memo to employees following the mass layoffs, Netflix heads told their staff: ‘As employees we support the principle that Netflix offers a diversity of stories, even if we find some titles counter to our own personal values. Depending on your role, you may need to work on titles you perceive to be harmful.

‘If you’d find it hard to support our content breadth, Netflix may not be the best place for you.’

Although Netflix cited the need for layoffs due to ‘a slow down in revenue and a decline in subscribers,’ most of the staff that was let go were people of color and members of the LGBTQ community, The Root reported.

In the recent layoffs, Netflix once again targeted members of Tudum, it’s content arm comprised of mostly women of color, after laying off dozens from the department in April.

Netflix laid of 150 employees on Tuesday, many of whom were working on creating and promoting projects focusing on marginalized communities as the streaming giant appears to shift away form ‘woke’ content

Among the newly fired were Olivia Truffaut-Wong (left) and Iydia Wang (right), who worked for Netflix’s Tudum, it’s content arm comprised of mostly women of color. The department had been hit with layoffs three weeks ago

Netflix’s recent layoff further targeted employees of its Tudum branch, which was predominately made up of women and people of color. The employees expressed their dismay over the firings on Twitter

Among the newly fired were Olivia Truffaut-Wong and Iydia Wang, who slammed the streaming giant for axing them and their colleagues.

‘I was also laid off by Netflix today,’ Wang tweeted on Tuesday. ‘I really loved my job and my colleagues and I am a little heartbroken!’

Truffaut-Wong also wrote on Tuesday: ‘OK, yes, I am one of the Tudum layoffs (lol). I did a lot of work I’m proud of, met a lot of really awesome writers and editors, and made great friends. It’s the cycle of media life!’

H. Drew Blackburn, another laid off employee, recalled the turbulent saga where he did not know whether or not he had a job or not.

‘An editor at Netflix’s little Tudum project just called me offering me a job with Tudum again,’ Blackburn tweeted after he was fired. ‘Then called me back 20 mins later to say they had the wrong Drew. Bright minds over there for sure.’

Netflix’s move also drew backlash form media critics and other animators who slammed the streaming company for leaving its employees high and dry after previously preaching the need to have a more diverse workforce.

Filmmaker Carly Usdin called Netflix ‘a joke’ and tweeted: ‘Uhhh is netflix only laying off the teams associated with making and promoting content for marginalized viewers?? that’s what it seems like.’

Karla Monterroso, who works to secure economic opportunities for women of color, tweeted: ‘Netflix hired a powerhouse team of creators from a variety of marginalized communities and they were performing exceptionally well.

‘Had us all invested in their work. They were then the first people they showed the door at the first financial difficulty.’

Matt Acuna, an animator for Bob’s Burgers, also criticized Netflix for the layoffs while taking on other projects with wealthy backers.

He tweeted: ‘What a great day for Netflix to announce they’re giving Ron Howard, a millionaire with no experience in animation, full control of an animated movie, while simultaneously snuffing out projects specifically focusing on marginalized groups. Funny timing, huh?’

The most notable of the scrapped works was Antiracist Baby, based on Kendi’s book of the same name, which had been envisioned as a series of animated vignettes set to music and intended to explore racism in America.

Netflix had previously said that the show would ‘leverage the power of earwormy songs to empower kids and their caregivers with simple tools to uproot racism in ourselves and society.’

Also cancelled was a documentary written by Kendi, titled Stamped: Racism, Antiracism and You, which was aimed at teens and young adults.

Netflix is still proceeding with a third Kendi project aimed at adults, titled Stamped From the Beginning.

Also scrapped was the kids’ fantasy series Wings of Fire, based on the book series by Tui T. Sutherland’s, which would have seen famed black filmmaker Ava DuVernay as an executive producer.

Although a fantasy story, Wings of Fire explores themes of racism and prejudice through its fictional world.

Another project, which was revealed to be a film adaption of Adam Kline’s With Kind Regard from Kindergarten, was also cancelled by Netflix.

Ibram X. Kendi saw two of the three Netflix projects based on his works called off

Along with Antiracist Baby, Kendi’s Stamped book aimed at kids had its adaptation cancelled