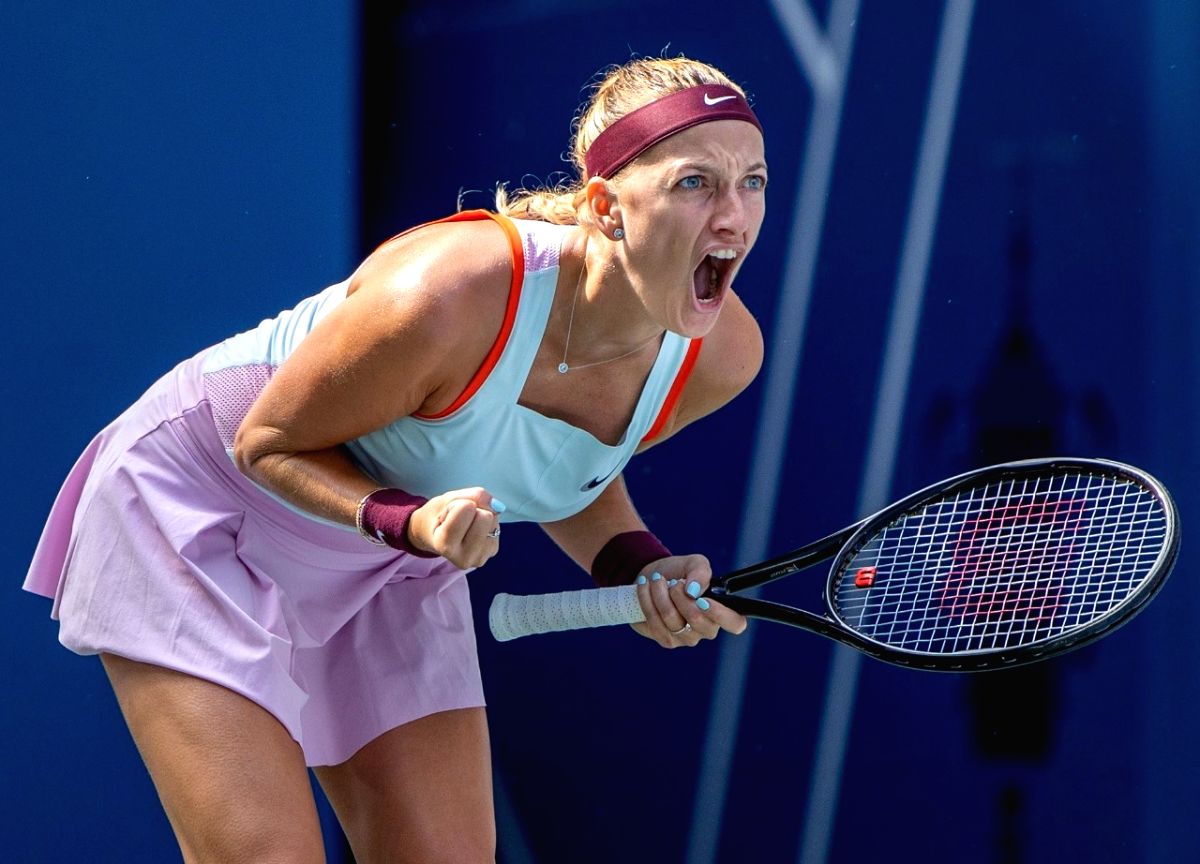 New York, Sep 4 : Two-time Wimbledon winner Petra Kvitova stormed into the fourth round of the US Open for the seventh time after overcoming No. 21 seed GarbiÃ±e Muguruza in three sets on Saturday.

The clash of two-time Grand Slam champions, the seventh edition of a rivalry dating back to 2015, was a barnburner to the end. Muguruza served for the match at 5-3 in the third set and held two match points on Kvitova’s serve at 6-5, but the Czech escaped both situations to eventually convert her own fourth match point in the super-tiebreak.

Midway through the grass swing, Kvitova’s 2022 record was in the red at 10-13. But a title in Eastbourne has turned her season around: since then, the 32-year-old has gone 15-3, also including a runner-up showing in Cincinnati two weeks ago.