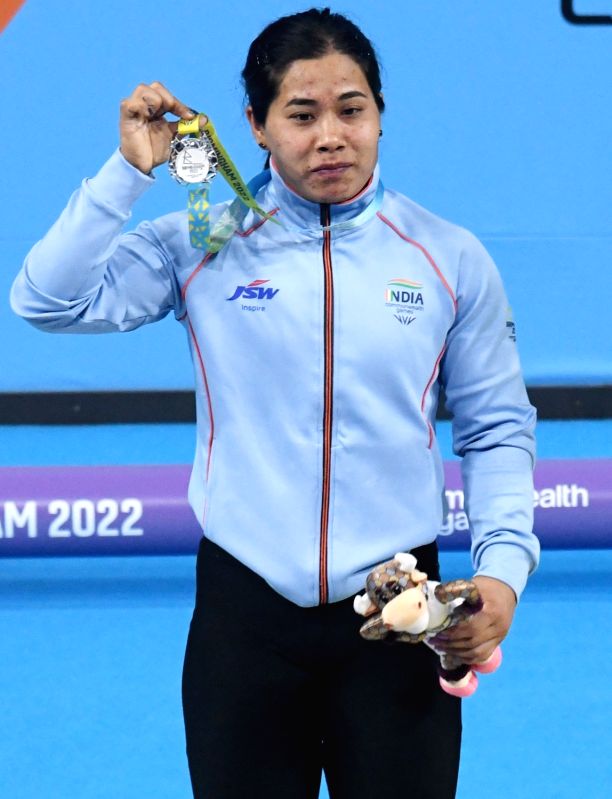 Instead, Bindyarani’s idol is the legendary Kunjarani Devi, a pioneer of Indian women’s weightlifting and one of the first woman lifters from the country to win medals at international level.

“Though we come from the same state and from nearby towns around Imphal, I have no relationship with Mirabai Chanu. I did not follow her into weightlifting. I was inspired by Kunjarani Devi,” Bindyarani Devi said here after winning India’s fourth medal in weightlifting at the Commonwealth Games here on Saturday.

Bindyarani won silver in women’s 55kg on a successful day at the CWG weightlifting arena. She won the medal a couple of hours after Mirabai Chanu had bagged India’s first gold in this edition of the Games.

The 23-year-old from Manipur lifted a total weight of 202kg with a superb 116kg attempt in her final turn in clean and jerk to set a Games record and take her total to 202kg, just one kilogram less than Nigeria’s Adijat Olarinoye, who won gold.