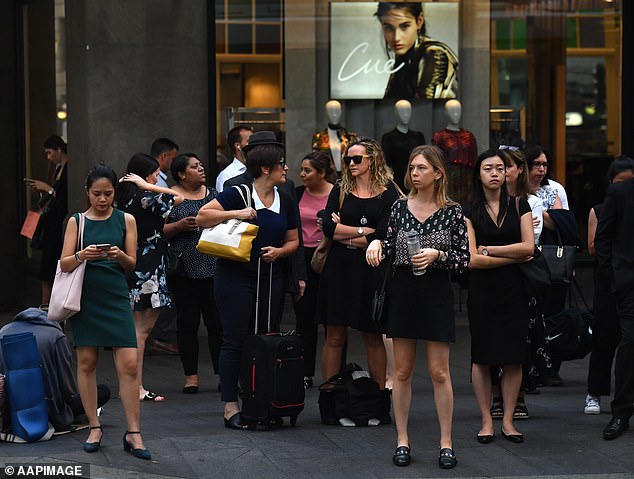 Some Australians have begun cashing in on recent welfare changes, but advocates say more needs to be done to combat rising cost of living pressures.

Low-income earners and pensioners in South Australia were recently given some financial relief when the state government delivered on a budget commitment related to Centrelink.

The one-off, doubled cost of living concession payment was aimed at providing relief for about 192,000 people who received up to $449 in cash directly into their bank accounts.

SA Premier Peter Malinauskas said it was the largest ever state government payment to concession card holders and low-income earners.

Under the concession scheme, home owner-occupiers received $449, while renters got $224.60 per household.

Homeowner-occupiers who are self-funded retirees with a commonwealth seniors health card also received $224.60 per household.

While the payment was welcome, Mission Australia chief executive Sharon Callister told NCA NewsWire that everyone on income support lost when payments were kept below the poverty line.

‘Right across the country, people are skipping meals, are socially isolated, are unable to afford to heat or cool their homes or are being forced into homelessness because they can’t pay rent,’ she said.

‘A one-off payment might ease the pain in the short-term, but it does nothing to address the long-term issues.’

Prime Minister Anthony Albanese is pictured before speaking at the end of the Jobs and Skills Summit at Parliament House in Canberra, Friday, September 2, 2022

Meanwhile, Prime Minister Anthony Albanese was vague when discussing JobSeeker during the week after minister Amanda Rishworth said there would be no lift to JobSeeker in the October budget.

‘We´ll examine JobSeeker and examine other payments each and every year, which is what you´d expect Labor governments to do,’ Mr Albanese told ABC radio in Sydney.

‘The last time we were in office, we had the largest ever increase in pensions in Australian history.’

Ms Callister said Australia´s income support safety net must be adequate to protect people from poverty and properly support people to seek work if they are able to do so.

‘The JobSeeker rate remains severely inadequate at $46 a day and can actually prevent people from getting back into work,’ she said.

‘No one can survive let alone thrive and get back into work if they can´t pay for transport to interviews, appropriate clothing or a stable housing situation.

‘The federal government´s refusal to increase JobSeeker is condemning people to live in poverty and pushes people into homelessness.

‘Income support must be urgently increased as the cost of living pressures escalate and the housing crisis worsens.’

The one-off, doubled cost of living concession payment was aimed at providing relief for about 192,000 people who received up to $449 in cash directly into their bank accounts (pictured Centrelink queues)

Similarly, Mr Albanese is facing pressure to bring forward his cheaper childcare policy, which could save families up to $11,000 per year.

The federal government will increase childcare subsidy rates for every family earning less than $530,000 – at a cost of $5.4bn over four years – but it will not begin until July 2023.

The government is facing calls to bring it forward to January, but Mr Albanese has so far refused to budge.

Ms Callister said Mission Australia was a member of the Thrive by Five campaign, which was a Minderoo Foundation initiative.

‘(We support) efforts to improve the accessibility, affordability and quality of early education opportunities for young children,’ she said.

According to the campaign´s website, the cost of childcare has risen faster than the cost of housing or electricity.

‘Families who wish to work more than three days a week are discouraged because the costs are higher than wages earned.’