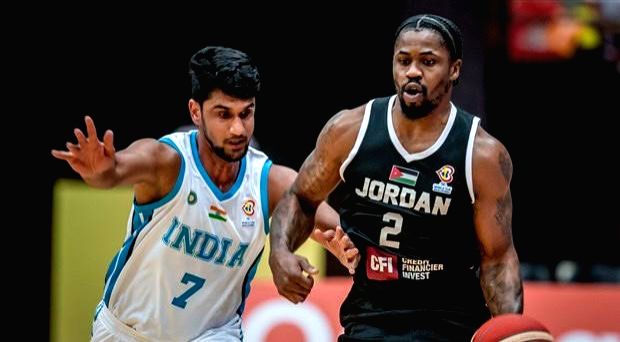 Amman : , Aug 26 (IANS) The Indian men’s basketball team lost 64-80 to Jordan in Group E of the second round of the FIBA Basketball World Cup 2023 Asian Qualifiers at the Prince Hamza Hall, here.

India’s Pranav Prince opened the scoring in the game with a dunk in the very first minute. It set the tone as Seijin Mathew and Muin Bek Hafeez also scored to help India to an early 13-8 lead. Jordan found their rhythm towards the end of the quarter and levelled it up at 17-17.

In the early parts of the second quarter, the Indian hoopsters went toe-to-toe with Jordan but the host’s superior quality ensured that they led 40-27 by half-time, an olympics.com report said.

Jordan never gave up their lead thereafter and despite a late fightback from India in the final quarter, the gap proved to be too big to close as India went down.

The Indian basketball team will next face Lebanon on August 29 at home in the indoor Kanteerava Stadium in Bengaluru.