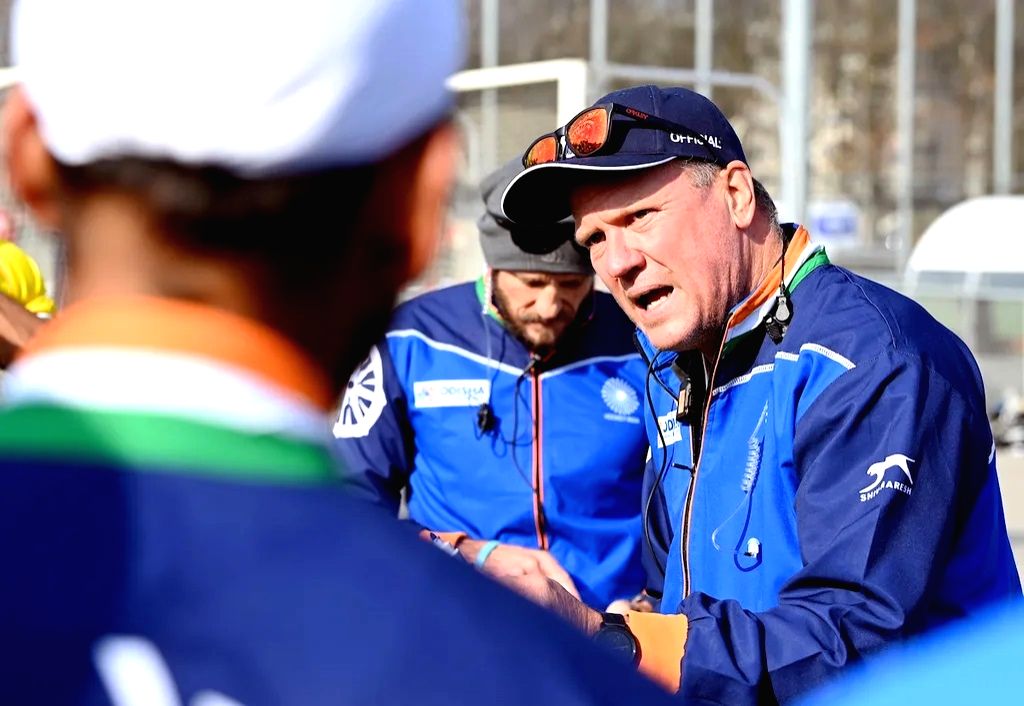 Mumbai, Sep 9 : Having guided the Indian men’s team to its first medal at the Olympics since 1980, chief coach Graham Reid is hoping the team will do better than it did four years ago and get into medal contention for the first time since 1975.

India, who started their World Cup story with a bronze in 1971 and silver in 1973, won their first and only gold medal so far in the third edition of the quadrennial event in Kuala Lumpur, Malaysia in 1975. Since then the country has failed to bag any medal in the World Cup and fans are hoping the drought will end in the upcoming event in Bhubaneswar and Rourkela in January 2023.

Sixteen top teams from around the World will be competing in the event that will be held from January 13-29, 2023. India are in Pool D along with old nemesis England, Spain and Wales with the pool topper sealing a direct berth into the quarterfinals. The next two placed teams will figure in the Cross Over matches with the four teams making it to the last-eight stage.

Speaking after the draw, chief coach Reid said, “The pools in the FIH Hockey World Cup and the Olympics are always difficult. Every team is there to win. We just played England and Wales in the Birmingham 2022 Commonwealth Games and the games were of the highest quality. To top that off with Spain who have been improving in the last 12 months will make the first-round games very difficult. As is the case with the finals qualification system now in place you also have to keep one eye on the cross-over pool and it certainly doesn’t get any easier there.”
In the previous edition held in Bhubaneswar in 2018, the Indian men’s hockey team bowed out in the quarterfinals. And this time round, the chief coach is hoping that the Indian Team will improve their World Cup record.

“As I said before, England are a world-class team and they are playing a very good brand of hockey at the moment. But so are we and the important part about the FIH Odisha Hockey Men’s World Cup 2023 is that we have to keep our minds in the moment and focus on each aspect of the game. It is a very different team than it was 4 years ago, with different experiences and some different personnel. We are looking forward to the World Cup and playing in front of our home crowd.”
When asked if playing Spain in the FIH Hockey Pro League 2022-2023 would help in the preparatory journey ahead of the FIH Odisha Hockey Men’s World Cup 2023 Bhubaneswar-Rourkela, Reid said, “It always swings and roundabouts when you play games against future opponents in the big tournaments. Do you try strategies that you may want to use in the FIH Hockey World Cup or do you show nothing and miss that opportunity? They can learn as much about you as you can learn about them.”