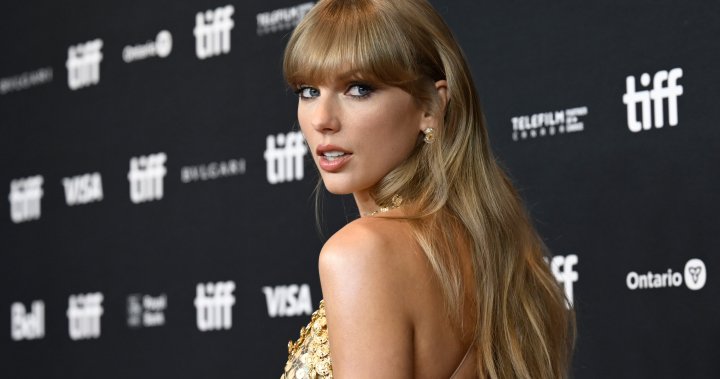 Fans have crowded around the headquarters of the Toronto International Film Festival for an appearance by Taylor Swift, including many devotees who were unable to get tickets to the sold-out event.

Hordes of Swifties packed a portion of so-called “Festival Street” to get close to the pop star ahead of the event, which will see her debut her short film “All Too Well” on 35-millimetre film before being interviewed onstage by TIFF CEO Cameron Bailey.

‘Beautiful act of reclamation’: Indigenous love and joy in the spotlight at TIFF

Some were decked out in Swift’s merchandise, while others carried poster boards with messages scrawled on them.

One sign proclaimed “Taylor is my hero,” while another said “Taylor we came from Mexico just to see you!”

Seventeen-year-old Daphne Short, who came to the event with her friend, says she was unable to score tickets but wanted to show up just in case.

She says the duo wrote a letter to Swift on their commute over, telling her they’re members of the Taylor Swift fan club at their school and congratulating her on the short film.

They folded it up into a tiny square, and wrote “for: Taylor Swift” on the front underneath a picture they drew of a fairy.

Meanwhile, fans online decried the limited tickets, with some tagging the musician asking for handouts.