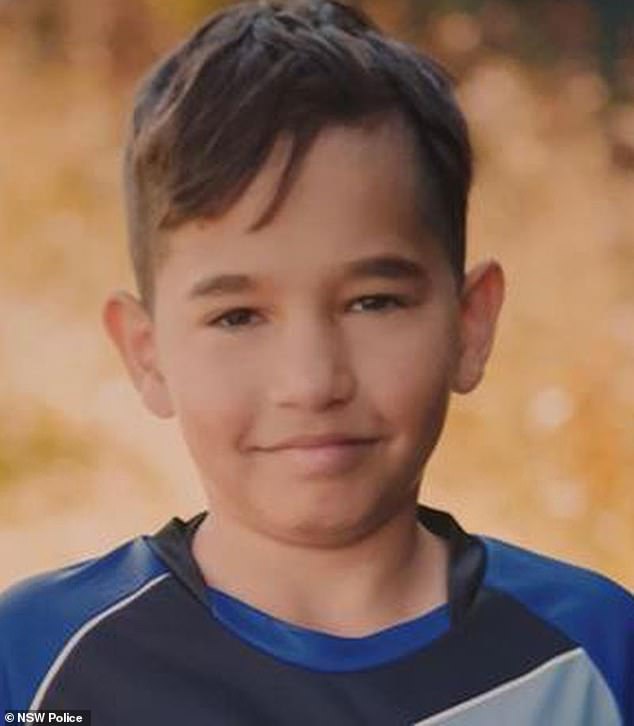 An 11-year-old boy has been found alive and well by locals after he went missing and spent a night outside in freezing temperatures.

Police renewed efforts on Thursday morning to locate Christopher Wilson, 11, after he vanished the previous afternoon in Sydney’s Hills District.

However it was a member of the public who spotted the 11-year-old walking along Annangrove Road near Joylyn Road just before 9:30am.

Christopher was cold after spending the night outside but he was being assisted by police and provided with food, 9News reports.

‘He was assessed at the scene by NSW Ambulance paramedics and despite being out in the cold all night, he had no visible injuries,’ police said.

The schoolboy was taken to hospital for further assessment with arrangements made to reunite him with his family.

It’s understood Christopher had a particularly ‘bad day at school’ on Wednesday before he disappeared.

Christopher Wilson, 11, was last seen walking along Annangrove Road towards Rouse Hill in Sydney’s north-west at 4.45pm on Wednesday

The 11-year-old had not been seen since a last sighting walking along Annangrove Road towards Rouse Hill in Sydney‘s north-west at 4.45pm on Wednesday, almost two hours after he got off the school bus on that same road.

Officers along with 15 SES members and PolAir conducted an extensive search of the area on Wednesday night, as temperatures plummeted to just four degrees.

A multi-agency search began at 8am on Thursday with local police, Police Rescue Squad, PolAir and SES members to continue scouring the area for clues.

Superintendent Darrin Batchelor said police were alerted by Christopher’s ‘distressed’ parents who got in contact when their son failed to come home on Wednesday afternoon.

‘His family are extremely distressed, particularly as the temperatures overnight have been quite cold,’ he told reporters on Thursday morning.

‘They’ve had a really rough night and have been out looking overnight.’

While police have reiterated Christopher’s disappearance is out of character, at this stage police do not believe there has been any foul play

Police are also looking into his Opal card details and have begun contacting Christopher’s extended family and friends (pictured, Annangrove Public School where he attends)

While police have reiterated his disappearance is out of character, police said they did not suspect any foul play.

There were a ‘high number’ of sightings reported to Crime Stoppers but were likely other students commuting to and from school.

Police checked Christopher’s public transport Opal card details to piece together his movements and contacted his extended family and friends.

A geo-text was sent to local residents in the region on Wednesday.

Police reassured the community the message was not a scam and pleaded for any information on Christopher’s whereabouts.

He is described as being of Aboriginal/Torres Strait Islander appearance and about 120 centimetres tall, with a slim build, short brown hair and brown eyes.

Christopher was last seen wearing his school uniform, consisting of a blue t-shirt with maroon and white trim, grey shorts, and red and black shoes (pictured)

Christopher was last seen wearing his school uniform, consisting of a blue t-shirt with maroon and white trim, grey shorts, and red and black shoes.

The Annangrove Public School student is described as a ‘quiet’ boy who enjoys playing video games.

CCTV images of Christopher walking down Annangrove Road were recorded just before 5pm and reported to police.

His family then confirmed his identity.

In the short 11-second clip the schoolboy was seen walking beside two lanes of busy traffic and appears to glance behind his shoulder twice.

Officers asked that any resident with dashcam footage of Annangrove Road between 3:20 and 6pm to submit it to police.

Anyone with information regarding Christopher Wilson’s whereabouts is urged to contact Crime Stoppers on 1800 333 000 or https://nsw.crimestoppers.com.au.

He got off the school bus on Annangrove Road about 3pm, he was wearing a black and white jacket and carrying a large black backpack