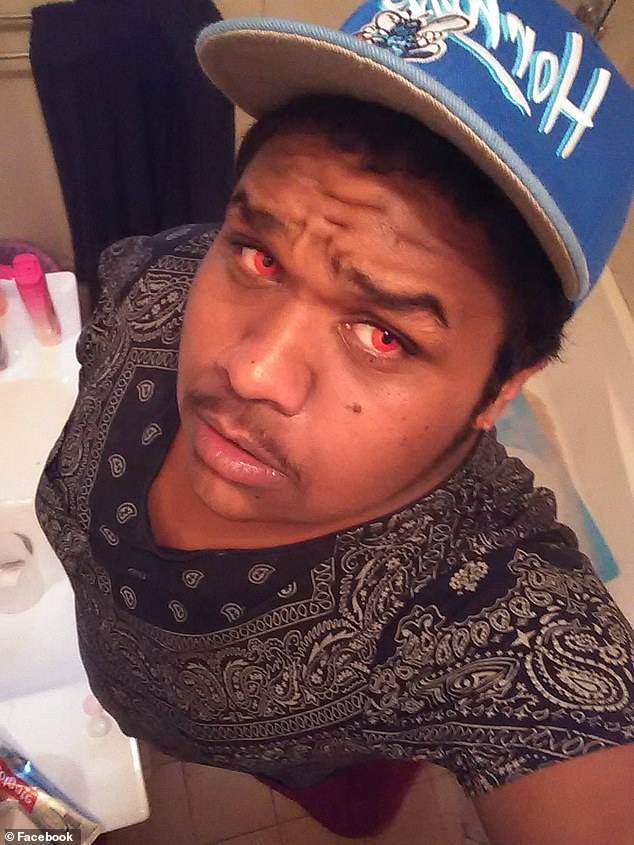 Teenager killed 11-month-old baby he was looking after by shaking her until she was ‘limp and blue’ when she started crying – as infant’s shattered mum says: ‘Losing her destroyed my life’

When an 11-month-old baby left in his care began crying, frustrated teenager Diquan Lloyd Erwin Fisher shook her before she became ‘limp and blue’.

Fisher was 18 when the 17-year-old mother asked him to look after her baby girl in Brisbane‘s south in February 2020.

When she started crying after the mother had left, Fisher picked her up, shook her vigorously and told her to be quiet, the Supreme Court heard.

Fisher – now 21 – began ‘freaking out’ when the child became unresponsive and the mother returned to the Corinda house.

When an 11-month-old baby left in his care began crying, frustrated teenager Diquan Lloyd Erwin Fisher shook her before she became ‘limp and blue’

He initially told the mother that the baby had been coughing, had vomited and been choking.

The baby girl was revived by paramedics at the scene but died at the Queensland Children’s Hospital four days later, police said.

Fisher later conceded that he shook her from ‘side to side’ when bruises were found on the baby that were consistent with where he had gripped the child, crown prosecutor David Nardone said.

Fisher’s conduct appeared to have occurred out of an ‘act of frustration’ after the child began crying, the court heard.

The mother wept throughout Fisher’s sentencing on Friday then left the courtroom sobbing before her heartbreaking victim impact statement was read.

‘Finding out I was pregnant completely changed my life. Her love gave me hope for the future,’ she said in her statement read to the court.

‘There is nothing I wouldn’t have done for her. She was always happy and giggling .. she would give me the cutest smiles and kisses.

‘Losing her … destroyed my life. I would never have left her with him if I knew he could hurt her – I hope you get what you deserve.’

Fisher had shown a great deal of remorse and guilt for the ‘catastrophic consequences’ of his behaviour and for what he had done to the family, his defence barrister said.

Fisher was initially arrested for murder but pleaded guilty to the lesser charge of manslaughter on Friday.

He is expected to be sentenced by Justice Martin Burns next week.