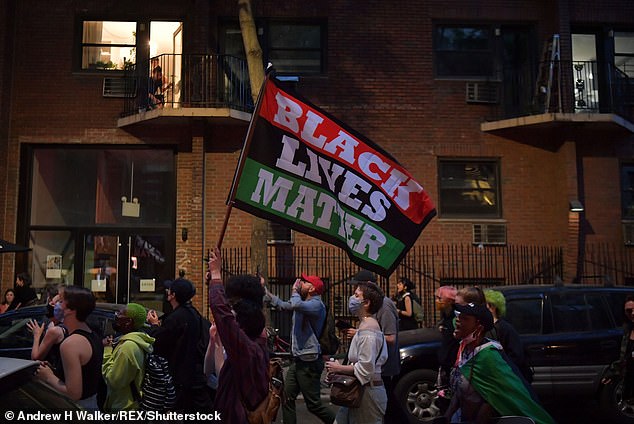 Black Lives Matter says it has no executive director and no in-house staff despite receiving $90 million in donations after widespread protests against police violence in 2020.

Experts say the nonprofit is operating more like a scrappy startup than a leading charity as questions about how its funds are managed continue to mount.

The organization has already been criticized for quietly spending $6 million on a lavish Los Angeles mansion that co-founder Patrisse Cullors used for parties, including her school-aged son’s birthday celebration.

This is the first public accounting of the group’s finances since it incorporated in 2017. It was under the sponsorship of a well-established charity and wasn’t required to publicly disclose its financials until it became an independent nonprofit in December 2020.

The organization claims to have no direct employees despite raking in tens of millions of dollars after the killings of George Floyd and Breonna Taylor activated protests in the early days of the COVID-19 pandemic.

‘It comes across as an early startup nonprofit, without substantial governance structure in place, that got a huge windfall,’ said Brian Mittendorf, a professor of accounting at Ohio State University who focuses on nonprofits and their finances.

The Black Lives Matter Global Network Foundation says it has no staff and no executive director despite raking in $90 million in donations amid racial unrest in 2020. Above, protesters in New York City in May 2021

A consulting firm run by Shalomyah Bowers (pictured), who is BLM’s board secretary and has previously served as deputy executive director, was paid more than $2.1 million for providing the organization with operational support

BLM spent $6 million on the lavish Los Angeles mansion, according to the filings

The nonprofit appears to operate as if it has way fewer resource than it does, experts say, though foundation bosses haven’t been shy to shower friends and family with lucrative contracts.

Tax documents for the fiscal year ending on June 30, 2021 show that BLM paid a company owned by Damon Turner, the father of Cullors’ child, nearly $970,000 to help ‘produce live events’ and provide other ‘creative services.’

The co-founder’s brother, Paul Cullors, received more than $840,000 for providing security services to the foundation.

Leaders have attempted to justify the expense by saying the foundation’s protection could not be entrusted to former police professionals who typically run security firms because the BLM movement is known for vehemently protesting law enforcement organizations.

A consulting firm run by Shalomyah Bowers, who is BLM’s board secretary and has previously served as deputy executive director, was paid more than $2.1 million for providing the organization with operational support, including staffing, fundraising and other key services.

The co-founder’s brother, Paul Cullors (right), received more than $840,000 for providing security services to the foundation. He is pictured alongside his brother Monte

‘Make sure you have conflict of interest policies and other controls in place, so that those transactions are all being done to benefit the organization and not to benefit the individuals.’

Despite the questions about how well it manage funds, financial records show that about $26 million, or 70 percent of BLM’s expenses, were grants to organizations and families made in the last fiscal year.

‘People are going to be quick to assume that mismatch reflects intent,’ Mittendorf said. ‘Whether there´s anything improper here, that is another question. But whether they set themselves up for being criticized, I think that certainly is the case because they didn’t plug a bunch of those gaps.’