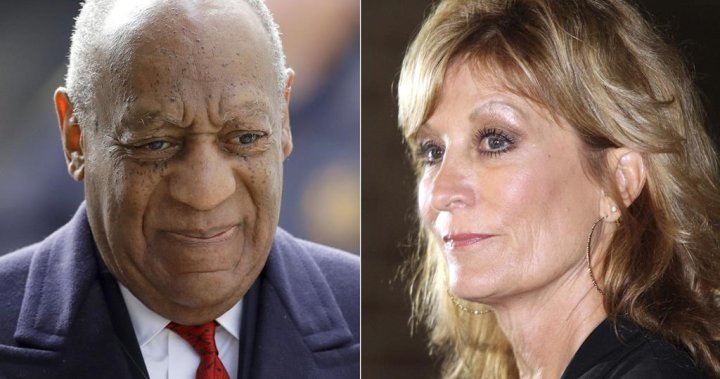 In video testimony played for jurors Wednesday at a civil trial, Bill Cosby denies sexually abusing a teenage girl at the Playboy Mansion in the mid-1970s.

Asked by an attorney for Judy Huth, who is suing Cosby, whether he had tried to put his hand down Huth’s pants, Cosby quickly and clearly answers “no.” Asked if he exposed himself and forced her to touch him sexually, Cosby answers “no” in the same way.

Asked whether it was possible that these things happened but Cosby didn’t remember them, Cosby answered “no.”

“Why would that not be possible?” Huth’s attorney Nathan Goldberg asks.

“Because,” Cosby replies, “the fact that this young lady is saying that she told me she was 15.”

In another clip, Goldberg asks Cosby if he would knowingly have relationships with girls who were under 18 in the mid-1970s. Cosby answers “no.” But he also says “no” when asked whether he would make sure those he sought sexual relationships with were 18.

The 12 minutes of clips, played for the jury at the end of the sixth day of the trial in Los Angeles County, represent the first time Cosby’s voice was heard during the proceedings. He’s wearing a gray sportscoat with a dress shirt and tie and sitting at a table.

The 85-year-old actor and comedian is not attending the trial due to glaucoma that has left him blind, his representatives said. A judge also ruled that he could invoke his Fifth Amendment privilege and decline to testify or to give a second deposition in the case that the plaintiff had sought.

Bill Cosby case could be heading for U.S. Supreme Court as prosecutors ask for review

Cosby says in the video that he did not remember meeting Huth or her friend Donna Samuelson, who each testified earlier in the trial that they met him on a film set, then days later met up with him at a tennis club, briefly visited a house he was staying at then went with him to the mansion.

Asked whether being shown pictures of himself with Huth at the mansion would change his answers about whether he knew them, Cosby replies that it would mean little.

“What is the word `know,’ that I `know’ somebody?” Cosby says in one of his few long replies in the video. “Or that I met someone? Or that, while at Disneyland I met a hundred people and took pictures with them? Or that, while I’m at the airport I’m sitting, waiting to catch a plane and people come up and sit next to me, sit on me, put your arm around me, say hello and take a picture that later might show up somewhere somehow and that I know this person? No, sir.”

Cosby adds, “It doesn’t mean that they were with me, or that I was even with them.”

Two pictures that Samuelson took of Cosby with Huth at the mansion have been shown several times during the trial. Cosby’s attorney Gloria Bonjean has acknowledged that he took the girls there, but both Bonjean and a Cosby spokesman have repeatedly denied that any sexual interaction took place.

Huth’s attorneys rested their case after playing the video. Cosby’s attorneys will begin calling their own witnesses Thursday.

Huth, now 64, was on the stand earlier Wednesday after testifying for much of Tuesday.

While cross-examining her, Bonjean challenged Huth over the timing of her struggles with depression, suggesting they were clearly not spurred by any abuse from Cosby.

Huth filed the lawsuit in 2014, saying that her son turning 15 that same year brought back painful memories of her sexual assault, and brought on subsequent depression.

Bonjean showed Huth medical records from 2011, 2012 and 2013 in which her doctor assessed her with major depression and prescribed her anti-depressants.

“We can agree that you suffered from major depression before your son turned 15?” Bonjean asked Huth, who was on the witness stand in a Los Angeles County courthouse for a second day in the civil trial.

“So medical records showing that would be inaccurate?” Bonjean asked.

Huth repeatedly answered that and similar questions by saying she did not remember dealing with depression or taking medications for it during those years, but acknowledged that the documents in front of her said she had.

“You had a long history of trauma in your life that had nothing to do with Mr. Cosby, right?” Bonjean asked.

“Nothing as bad as that, that’s for sure,” Huth answered.

Huth’s lawsuit says she suffered psychological damage from Cosby’s abuse from 2014 when she began having anxiety over it and flashbacks to it, until 2018 when he was sent to prison in the Pennsylvania criminal case.

Goldberg, her attorney, asked her Wednesday, “Did you know when you were 16 that what Mr. Cosby did caused you psychological injury?”

The trial represents one of the last remaining legal claims against the 85-year-old Cosby after his criminal conviction was thrown out by an appeals court and he was freed from prison last year, and his insurer settled many other lawsuits against his will.

The Associated Press does not normally name people who say they have been sexually abused, unless they come forward publicly, as Huth has.