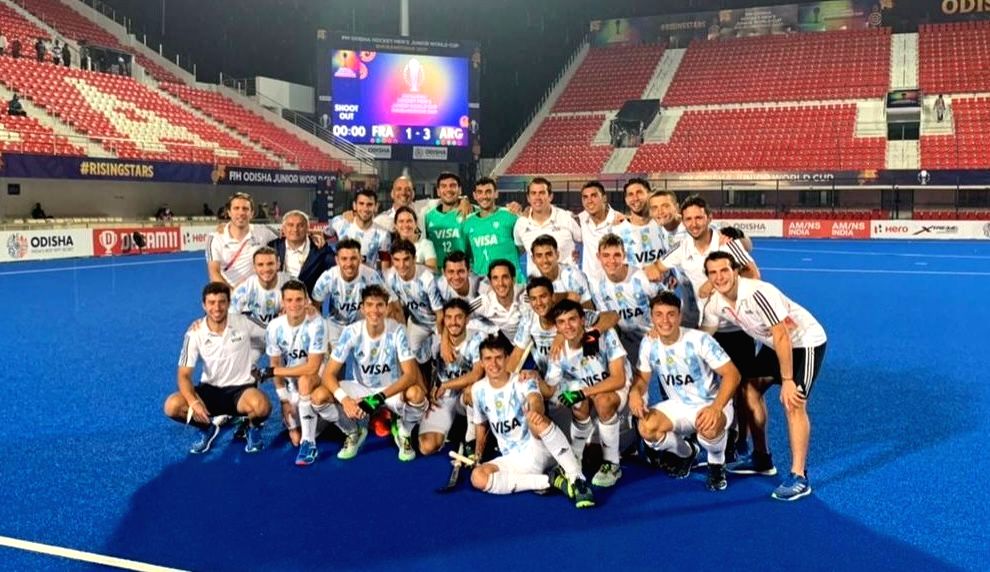 Bhubaneswar, Dec 3 : Former champions Argentina reached the finals of the FIH Junior Men’s Hockey World Cup after beating France 3-1 in penalty shoot-out of the first semifinal at the Kalinga Stadium, here on Friday.

Both teams failed to score in the stipulated 60 minute time, forcing the match into a penalty shoot-out, where Argentina emerged victorious.

Lucio Mendez, Bautista Capurro and Franco Agostini scored for Argentina while only skipper Timothee Clement found the net for France during penalty shoot-out.

The 2005 champions Argentina will now face the winner of the second semi-final between India and Germany.

Argentina’s Facundo Zarate was named Player of the Match for leading his country to their third final at the Junior World Cup.