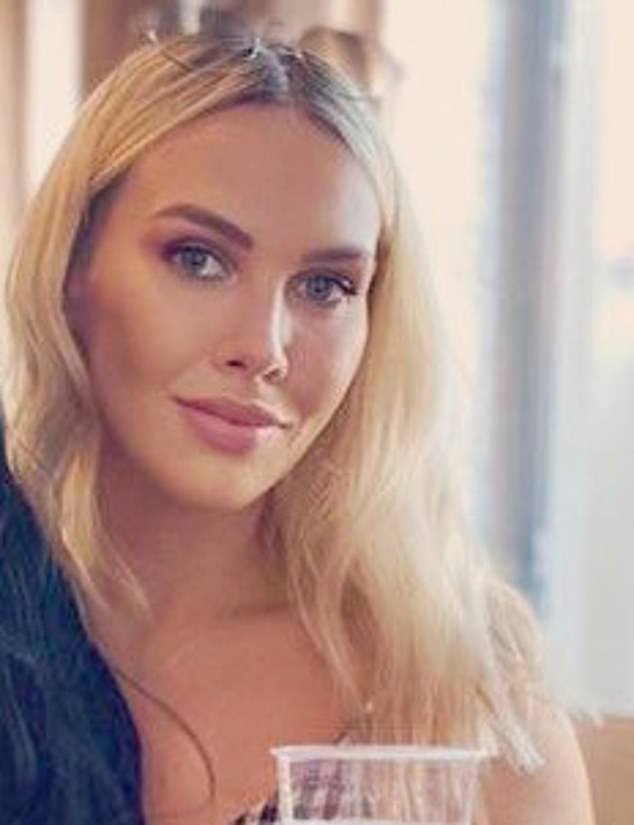 By Isabelle Staney For The Daily Mail

An ambulance worker has said Twitter refused to remove her photo from a page which asks its 133,700 followers to pick women they want to sleep with.

Abbey Desmond, 25, heard about the page two weeks ago and found nearly 100 strangers discussing whether they would rather sleep with her or her best friend.

An account she had never seen before had, without permission, lifted a photo from her own page and called for its followers to ‘pick one’ girl. Miss Desmond said: ‘It was like, rate which one you’d want first, the blonde or the brunette.

Abbey Desmond, 25, said Twitter refused to remove her photo from a page which asks its 133,700 followers to pick women they want to sleep with

‘I didn’t look through all the comments because I just thought “This is disgusting, I can’t be dealing with stuff like this.”’ Replies poured in – one user said: ‘Blondie first for me! Then the bouncy brown-haired specimen.’ Another said: ‘Can’t I have both?’

By the time the commenting finished, Miss Desmond had deactivated her Twitter account. She said: ‘I’m used to trolling and nasty people but when you’re being put against your best mate it’s just very hurtful. It’s just so degrading.’

Miss Desmond and her friends reported the account to Twitter, but were told it had not broken the site’s safety policies and would not be taken down.

The account has shared more than 2,000 photos. Most appear to have been used without the women’s knowledge. Some of the girls featured appear to be very young – in one image, a girl stands next to 18th birthday balloons. Another shows five young women; one man, choosing a girl, added: ‘Hope they’re not schoolgirls.’

Professor Clare McGlynn, an expert in online sexual harassment from Durham University, said: ‘It’s the online equivalent of walking down the street and getting harassed, but because it’s online it can reach thousands of people.’

She added that Twitter was ‘not dealing effectively and swiftly with reports of abusive behaviour’, calling the images of young-looking girls ‘chilling and concerning, but not surprising’. The account owner did not respond to a request for comment.

A Twitter spokesman said users ‘may not share private media, such as images or videos of private individuals, without their consent’, but admitted ‘we know there is still work to be done’.